The last tour of a winery we chose to do from our base at Cloverdale Citrus Fair, was Korbel.

Korbel is a beautiful winery with an interesting history.  We took the tour so were able learn quite a bit, though it was too much to remember.  I highly recommend the tour if you have the opportunity.

The Korbel brothers were from Bohemia (todays western region of the Czech Republic). Francis Korbel was the frontrunner, with a colorful start: “According to family lore, Francis was in Prague in 1848 and fired the shot that started a revolution against the monarch of the Austrian Empire. The attempt to overthrow the ruling Hapsburgs failed, and the world would have to wait almost 70 years more before another gun shot mortally wounded Arch Duke Ferdinand, the heir to the throne of what had now become the Austro-Hungarian Empire, an act that led to World War I and the downfall of the Hapsburgs. For his part in revolutionary activity, young Korbel landed in Daliborka Prison. He managed to escape, however, reportedly with the help of his grandmother who provided civilian clothes that allowed him to stroll out an unlocked gate to freedom, casually smoking a cigar.

Francis Korbel’s start was making cigars and cigar boxes.  He emmigrated to New York and then moved to San Francisco (traveling around the Isthmus of Panama).  It was there that he asked his brothers, Joseph and Anton to join him.  They originally purchased their Russian River land in Sonoma county in 1872 for the timber.  They, like all good entrepreneurs diversified into many directions to take advantage of all the possibilities available for business.

They did some farming, growing alfalfa, beets, corn, prunes and wheat and used some of the crops to feed cows and start a dairy.  At this time they also began to plant their vineyards.  The rest, as they say is history (and it is worth reading about, if you don’t have the chance to take the tour).   Because of their start in champagne was so long ago  they were grandfathered in to be allowed to sell their California Champagne, as Champagne.   Other than that only Champagne produced in the Champagne region of France can be called Champagne.

Besides seeing all the historical photos and memorabilia we watched a couple of movies on the history as well as the making of their Champagne.  We also got to taste a Natural Champagne which was dry, followed by a Blanc de Noirs-a little sweeter, then Moscato Frizzante sweeter still and finished up with a Sweet Rose-the sweetest.   They were all very enjoyable. 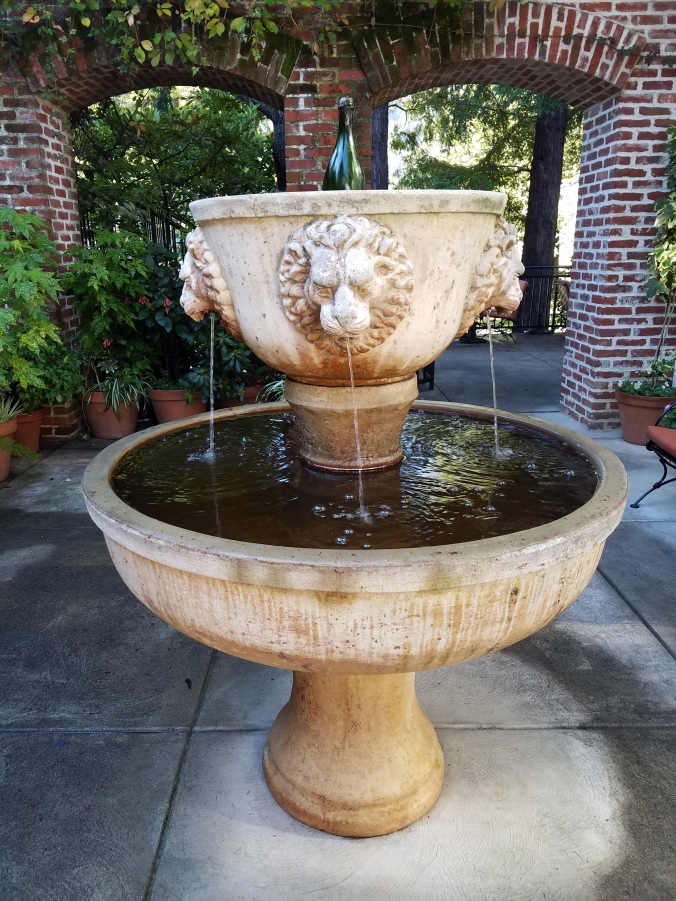 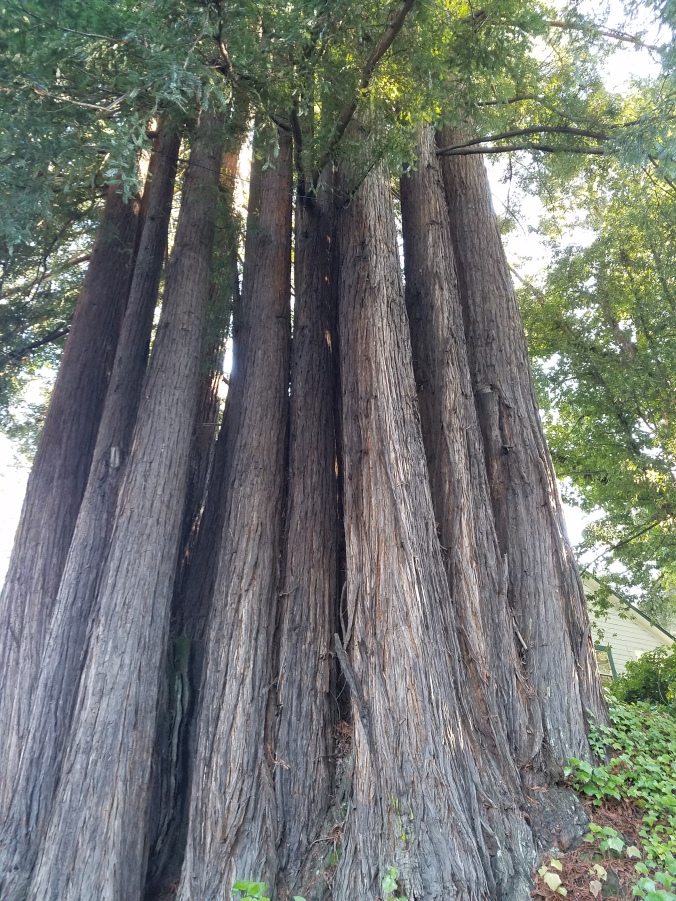 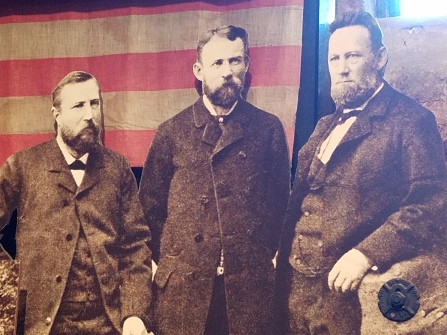 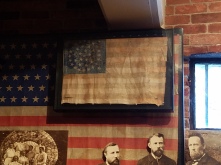 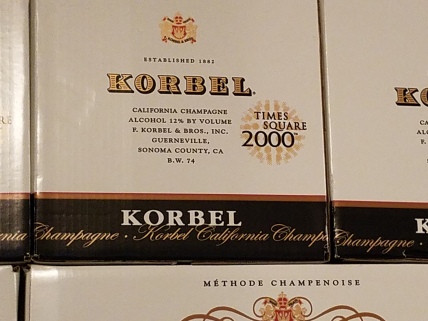 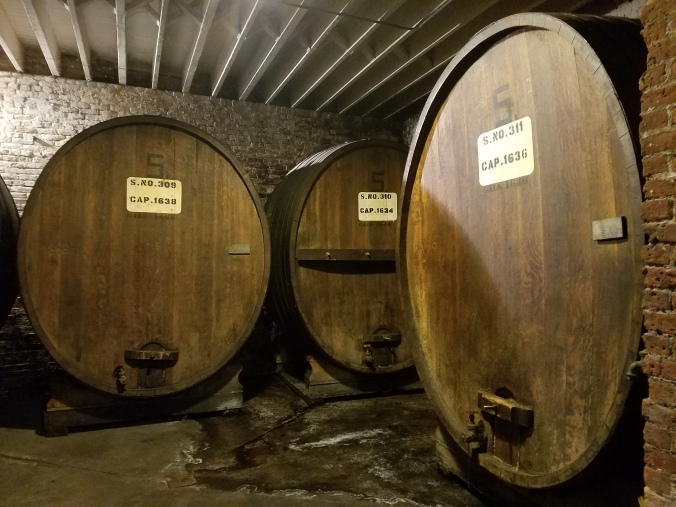 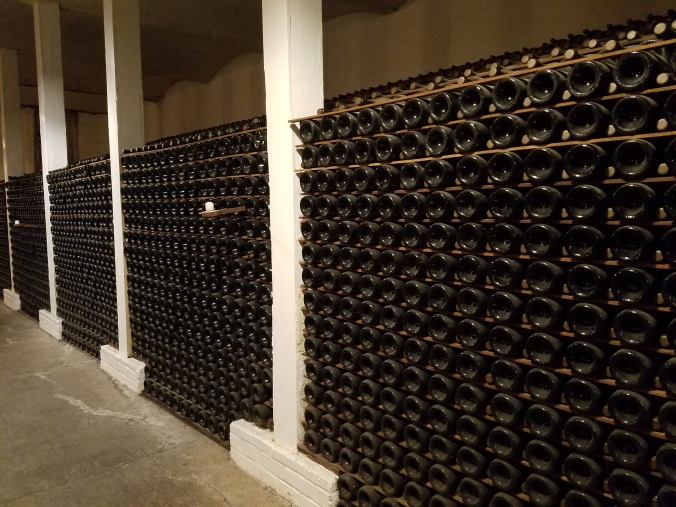 After we finished up our tour we were hungry and drove to Occidental. We pulled up to Negri’s Italian Dinners and Joe’s Bar, a restaurant that Todd and Janet had really enjoyed eating at before.

Walking in, you could tell that this was a well loved place by the locals.  It has been around since 1943.  Todd and I ordered Nonni’s Ravioli, a house made pasta, with beef, pork, swiss chard, herbs, and parmesan.   Janet ordered the calamari steak.  We chose to get the dinner version as it included a homemade minestrone, antipasto, salami, and a salad that had the most mouth-watering dressing on it.  The dressing, a blue cheese vinaigrette, is available for sale…normally.  They were so busy they couldn’t sell any that day, was I ever disappointed! 😦 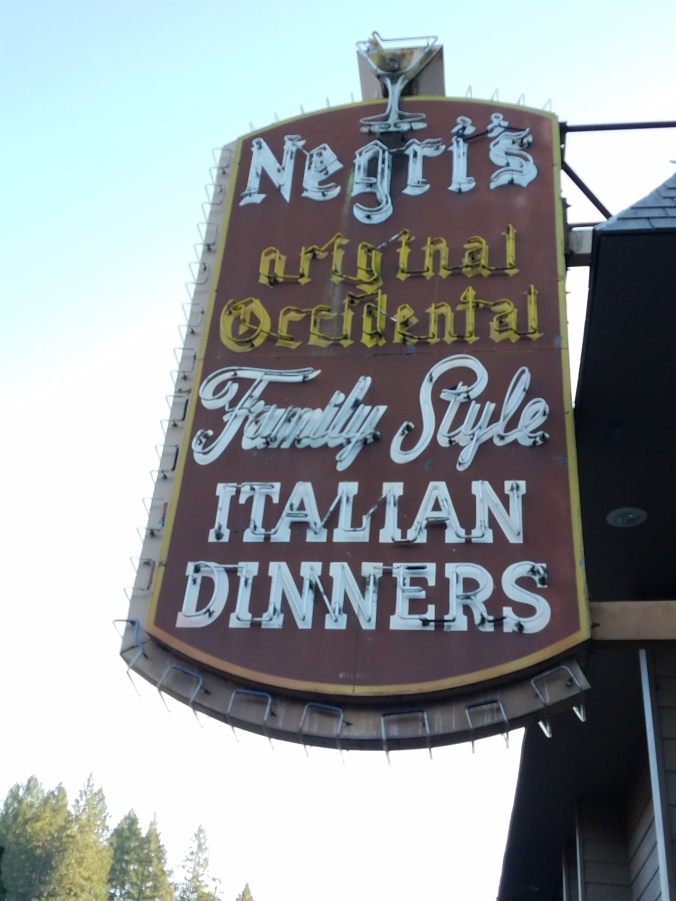 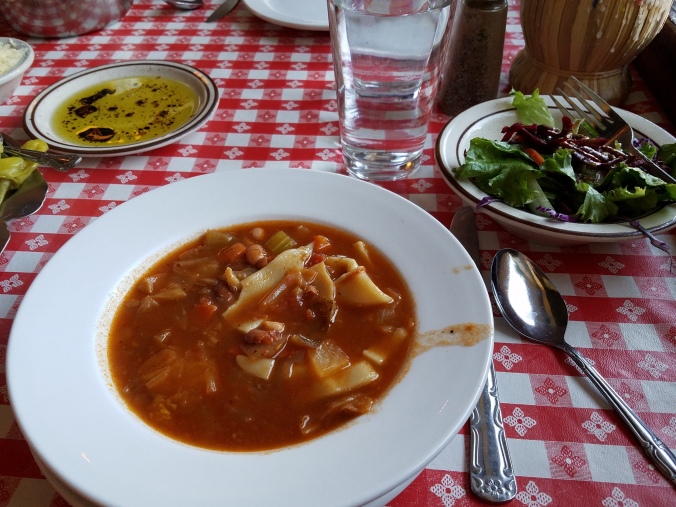 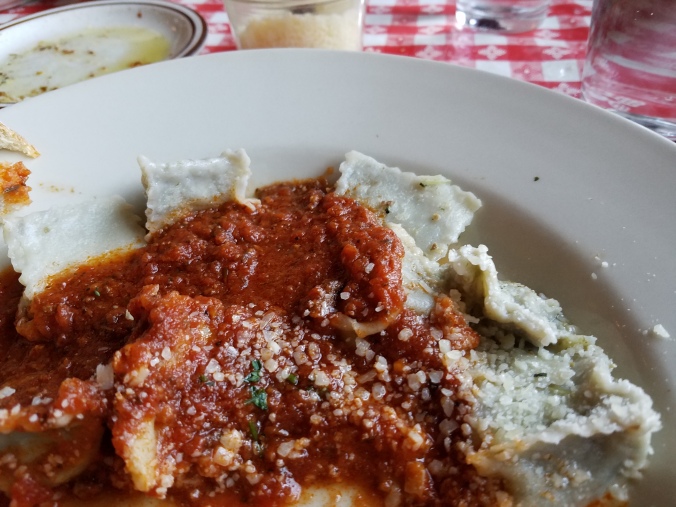