I’m combining a couple of my stops, because my camera malfunctioned and I don’t have any good pics of the winery or casino.

The winery we went to next was the Julietta winery in Clarksburg, CA.   Parking for RVs was tight, I had to unhitch the Jeep to make it into a spot. Lots of overhanging trees to watch out for.  Not much room…maybe 1 bigger rv and a smaller one or one big and a couple van size. Dogs on leash, not a lot of area to walk them.

The tasting room was cute with some outside seating.  You can bring in something to eat but nothing to drink. They have water, etc you can buy there.   We tried a couple of their reds, but they weren’t to our liking so didn’t buy a bottle.  We bought their cheese sampler but don’t recommend it as the pieces were very tiny of each for the price.

At this point we split up, Cherie heading to Indio to visit family, and I headed off to Santa Barbara to visit friends.   I stopped for the night at the Santa Maria Elks, chose the partial hookups for $25 (no sewer) full hookups there are $30 and dry camping is $12.  Big lawns but dogs not allowed. Friday nights they have a cook your own on their oak pit bbq…you can choose from steak, chicken, spareribs or fish.

Bright and early I headed for my next camping destination, Lake Cachuma.  Lake Cachuma was a dam created lake. It is surrounded by Santa Ynez and San Rafael mountains and consists of 9000 recreational acres.

No body contact is allowed with the water as it is a domestic water supply, but they allow boating and rent kayaks at their general store.   They have a marina that sells bait, tackle, fishing licenses and fuel.  There are hiking trails, playgrounds, a nature center and fishing piers.   At the general store you’ll find necessities, a gas station and propane.  There is a coin operated laundromat and showers.

There are cabins you can rent and a variety of choices for camping. They charge for everything, even putting your kayak in the water.  For RVs it’s $40 a night for partial hookups in the winter, $45 for full hookups.  I chose partial because they also charge $3 per dog, per day. 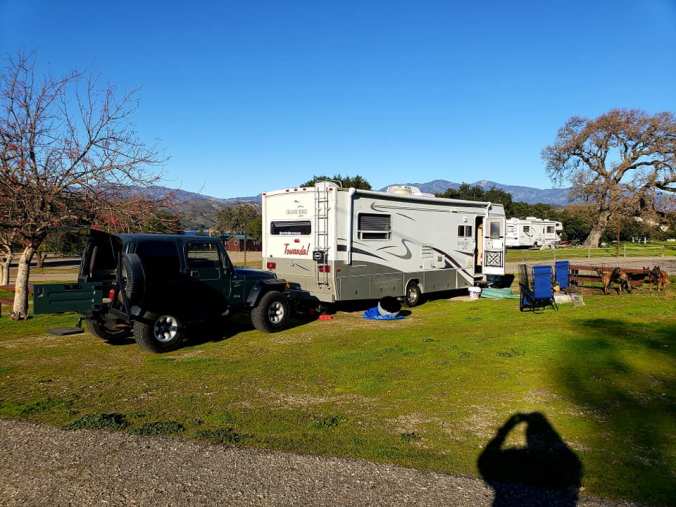 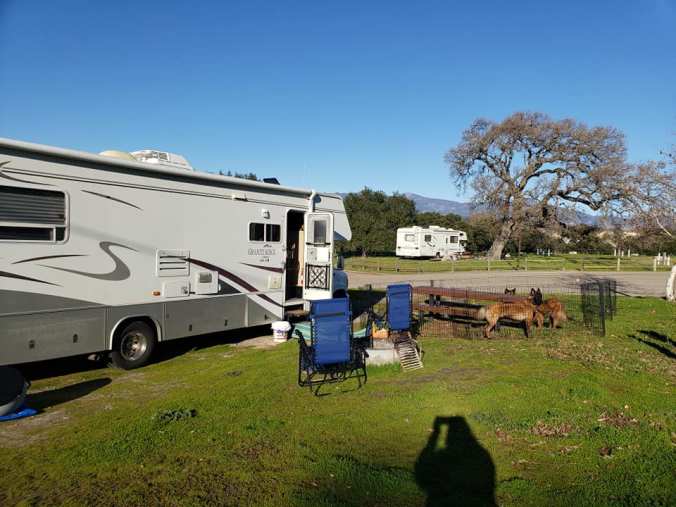 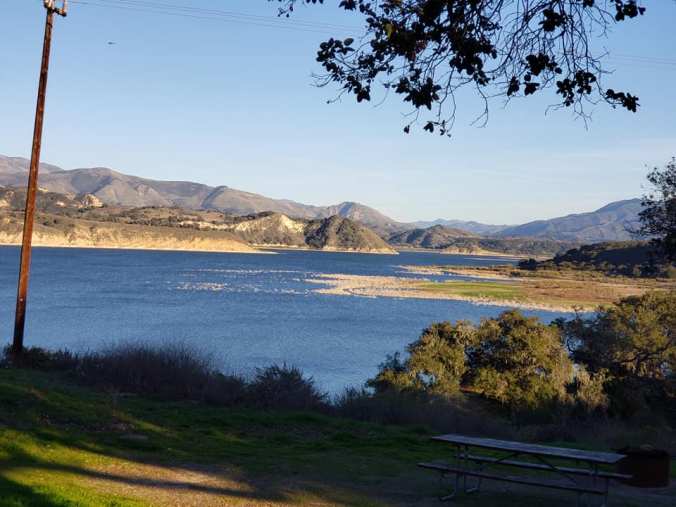 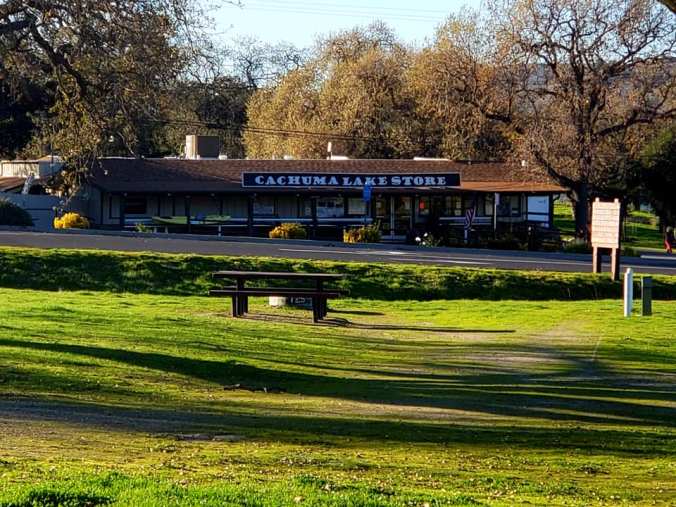 As far as dogs go, there are nice grassy areas to walk them and two good size fenced dog parks to let them run.  I never saw another dog in the dog parks the two times I took them there.

My big draw for camping in this location was it was close to the Cold Springs Tavern, that I had planned on meeting a  FB friend, Kathy Moacanin for the first time.

Cold Springs Tavern is a famous stagecoach stop on the San Marcos pass.  From their website:

“What is now the Cold Spring Tavern began operating as a stagecoach stop in 1868. The original structure is believed to have been built in 1860 and included the Long Room, RV Room and Kitchen. Ownership of the Tavern during the early years is not well documented. Records indicate the Doulton family purchased 160 acres, including the Tavern, for $10 in 1900. The Doulton’s transferred ownership in 1907 to the Miramar Corporation, which went bankrupt and lost the mortgage in 1934. Caretakers, Mr. and Mrs. Green, oversaw the property until early 1941.

Adelaide Ovington, a former actress and writer, purchased 40 acres surrounding the Tavern in 1941 for $2,000. She said “I want to buy that door and whatever comes with it!” She was also the wife of Earle Ovington, a Santa Barbara aviation pioneer and the first United States airmail pilot. Adelaide ran the Tavern alongside her daughter, Audrey Ovington, until her death in 1972. Audrey, a legendary personality and writer, was the sole proprietor until her death in 2005. Wayne and Joy Ovington Wilson, third generation and current owners, take pride in maintaining the Tavern in its historical state.” 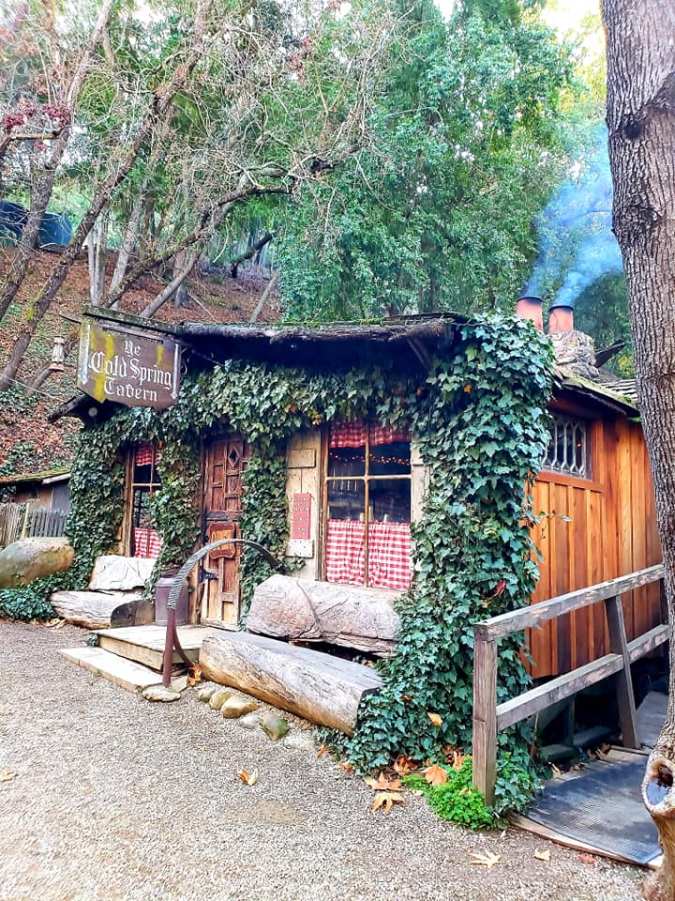 Like many of the places I’m drawn to, I felt right at home inside.  Loved the antique and humorously decorated interior.  There is SO much to this place, if you’re interested read all about it on their website, here is a link to just the fun facts about the place: https://www.coldspringtavern.com/about-us/fun-facts/ 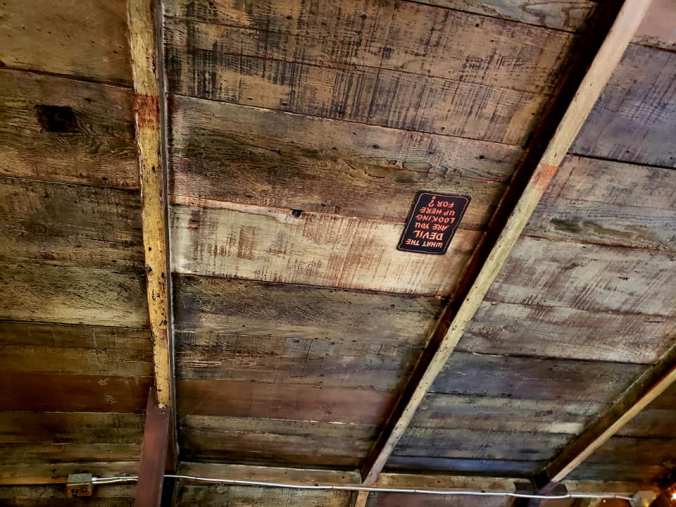 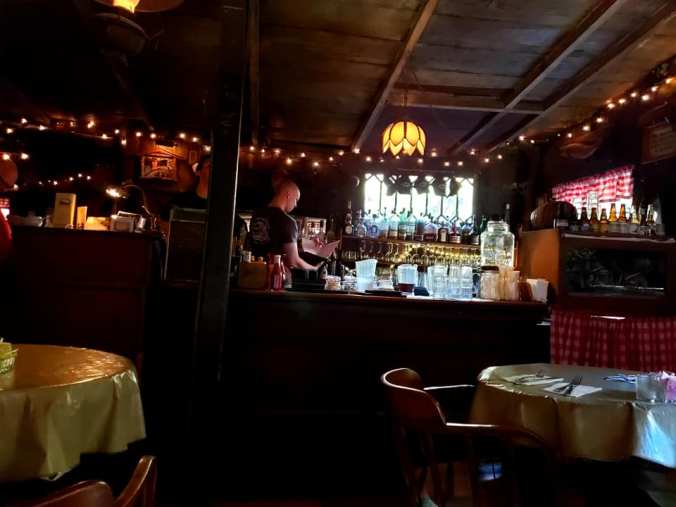 Kathy and I, both had one of their specialties, their tri-tip sandwich.  The sandwich is oak grilled tri-tip thick sliced with a selection of their house made bar-b-q, apple horseradish, or fresh salsa.  They also are famous for their chilis.

I would highly recommend a stop at the Cold Springs Tavern, even as far as taking a detour to visit.

After I left Lake Cachuma I decided to meet up with Kathy again, and our mutual friend, Patrice Lambourne.  We decided to meet at the Ventura Harbor, as it was close to the hwy I would be taking to the desert.

Ventura Harbor is a beautiful place, lots of dining choices and shops to peruse.  There are fun little photo ops along the sidewalks, which I wanted to take advantage of and picturesque views of the harbor and boats/ships. 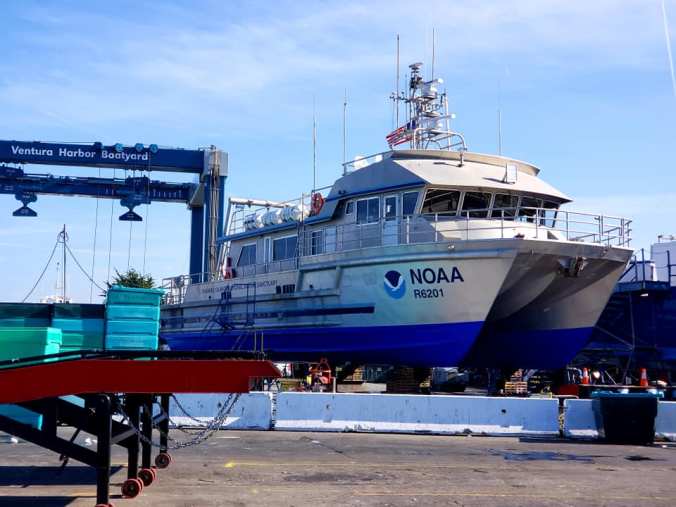 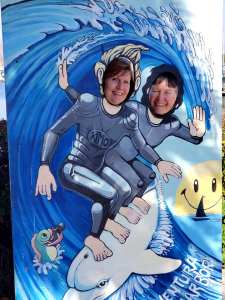 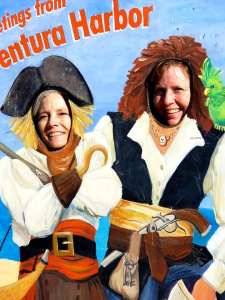 For lunch, we chose Andria’s Seafood Restaurant and Market.  All their choices are fresh, and it was difficult for me to decide, so I chose the Captain’s combo which had a little bit of everything  (and I got two large meals out of).  I don’t think you can go wrong with whatever you choose, it was all delicious.   For entertainment, there are Grackles hanging about, just waiting for the opportunity to swoop in and steal a french fry or piece of fish! 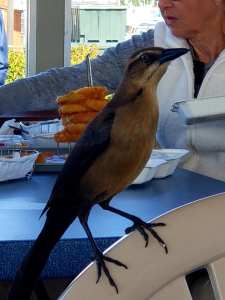 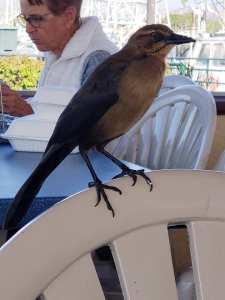 After I left  Ventura I hit some traffic caused by two trucks colliding in an intersection, the time lost there caused me to land in Los Angeles commuter traffic at it’s worse.  It took me over 3 hours longer than a normal driving time for that distance. With only 48 more miles to go to my intended stop, I couldn’t go on.  I tried to stop at a couple of different rest stops but they were all closed for repairs/etc.  I finally pulled into the Morongo Casino’s free RV/semi parking lot and got some much needed sleep.

As far as a place to spend the night, if you are exhausted or like to visit casinos I can recommend this stop.  There are trucks coming and going all night and be sure and leave yourself a way to leave the parking lot as many vehicles were blocked in by others. 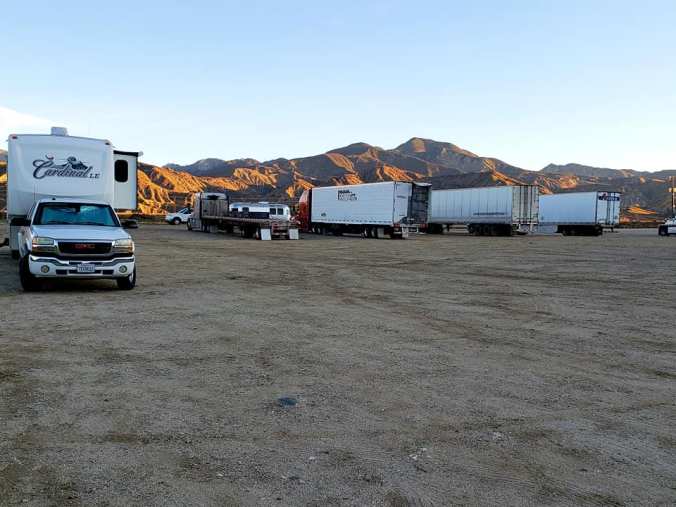