We set up camp at the Cloverdale Citrus Fair.  Power, water for $25 a night plus tax..BUT also $5 per pet, per night.  Still a bargain in Sonoma County.  It’s mostly a big parking lot (though it’s been a great area for the dogs to race around and burn off some energy).

From here we went to visit some of Janet and Todd’s favorite wineries and locations.  We stopped by a large fenced dog park up by Lake Sonoma, a reservoir south of Healdsburg. A couple of agility pieces are there as well as a few balls and a faucet with a water dish. Mostly it’s just a large fully fenced area where they can stretch their legs. We almost had the park to ourselves, except for one lady with two standard poodles and a Golden Retriever.    I was hoping to get the girls in swimming in the lake, though we haven’t made it there yet. I guess they even have houseboats you can rent on the lake.

One of our first stops was to Janet’s sister, Paula’s house.   She is the widow of John Cuneo, the son of a 2nd generation grape grower, Gene Cuneo.   Gene had a fascinating history here in the Dry Creek area.  This is from his obituary: “Gene was born on Oct. 10, 1912 in San Francisco to John and Emilia Cuneo, a mail order bride that his father had sent for from Italy in 1909. His father, who immigrated to the United States from Genoa, Italy in 1900 at the age of 17, worked as an apprenticed shoemaker, then a few years later came to Healdsburg where his brother Joseph Cuneo had a ranch. When Gene was 4 years old his family bought their Dry Creek Valley ranch where he lived for 89 years. He was part of a large extended Italian family that farmed prunes and grapes in the Dry Creek Valley and Alexander Valley since the early 1900s. Gene and his cousin, Eugene Si” Saini, who preceded him in death on Oct. 31, 2006, were friends and business partners for over 56 years. Following in the footsteps of the ranching and grape growing partnership of their fathers, John Cuneo and Mike Saini, Gene and Si operated as a strong team to develop the unique agricultural characteristics of Dry Creek Valley and Alexander Valley.
In 1962 Gene helped found the California North Coast Grape Growers Association, which represented 800 members in the North Coast counties of Sonoma, Napa and Mendocino. He served on the board from 1972 until 1993 and as president in 1975 and 1976. He was made an honorary director in 1993 and presented, by then Senator Mike Thompson, with the &#8220California State Senate Certificate of Recognition,” in appreciation of dedicated service to the North Coast Grape Growers. From 1956 to 1987 he served on the Sonoma County Co-op board of directors, holding the office of treasurer for 17 years. He also served on the Sunsweet board of directors from 1974-1984.

Known as a man of great vitality, character and integrity, Gene worked tirelessly in agricultural conservation and preservation issues in the Valley. In 1968 Cuneo and Saini Vineyards won the annual Soil Conservation award given by the County of Sonoma to stem erosion on Dry Creek, and in 1992 also received an award from the U.S. Chamber of Commerce. The Healdsburg Museum & Historical Society honored Gene in 2004 at their Sixth Annual Pioneer Awards Dinner.”

Paula spends as much time as she can here, and I can see why, it’s a beautiful location. 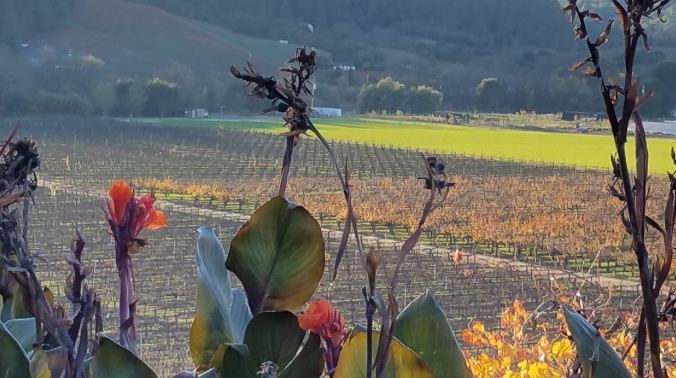 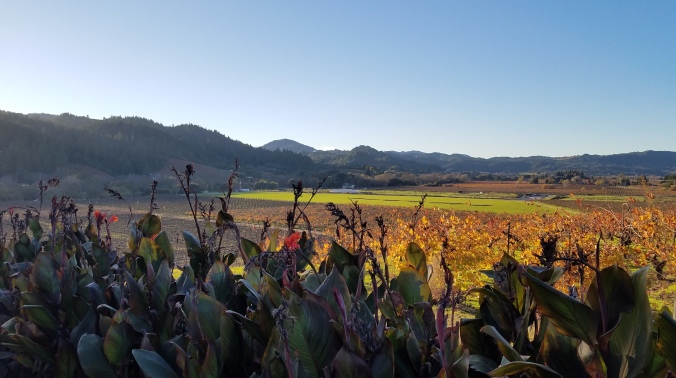 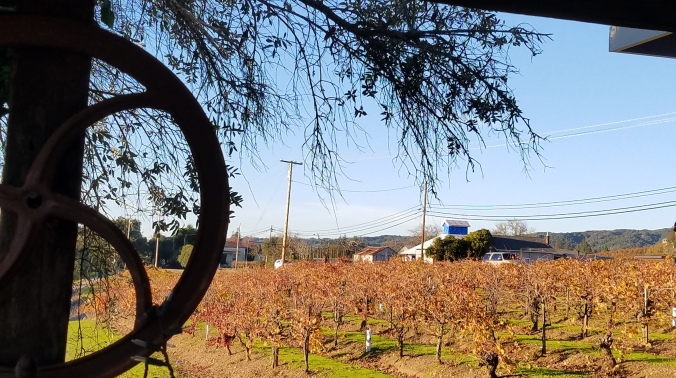 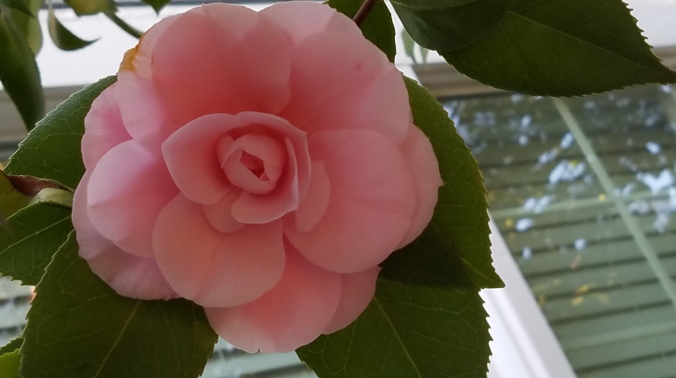 We went to the Dry Creek General Store for lunch. It’s an Italian deli with many delicious choices and a great selection of gifts to peruse.   The store was established in 1881.  Outside seating is available, making it pet friendly, if you wanted to stop for some refreshments and enjoy the scenery.   I had a Prosciutto di Parma sandwich with prosciutto, fresh mozzarella, tomatoes, olive oil and oregano on a sour roll. It was very good. Janet had a curried chicken salad sandwich and Todd had a French dip that gruyere cheese and carmelized onions. They both enjoyed their choices.

Day 2 we hit the Seghesio vineyards.  This is where some of the grapes from the Cuneo farms made their way into some very fine wine.  The vineyard also had a bocce ball court which was fun to check out.   For lunch we went to Giorgio’s, a great little Italian restaurant that is located in an old house that was owned by Gene Cuneo’s brother.  I had Eggplant Parmiagiana and it was delicious. Their salad comes out with a Italian vinaigrette in a Chianti bottle, which really was enjoyable. 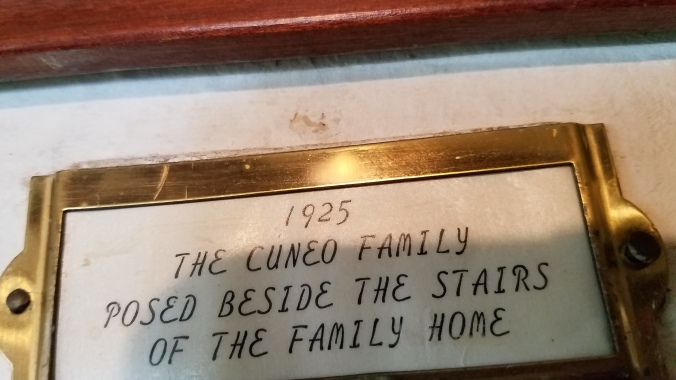 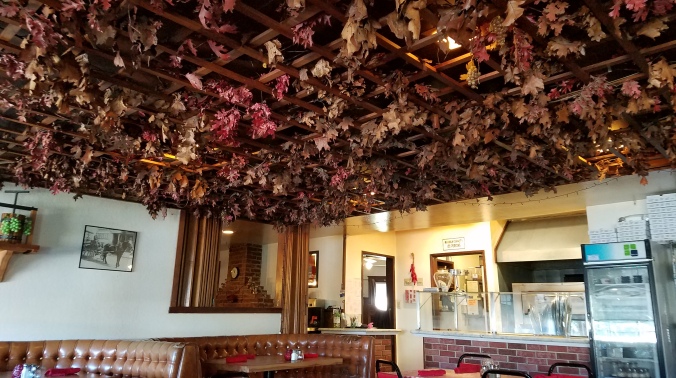 Next, the winery tour continued, with visits to Foppiano (est 1896), Bacigalupi (a favorite, especially once I found out it means “kiss the wolf”) :), and Landmark vineyard at Hop Kiln Estate. 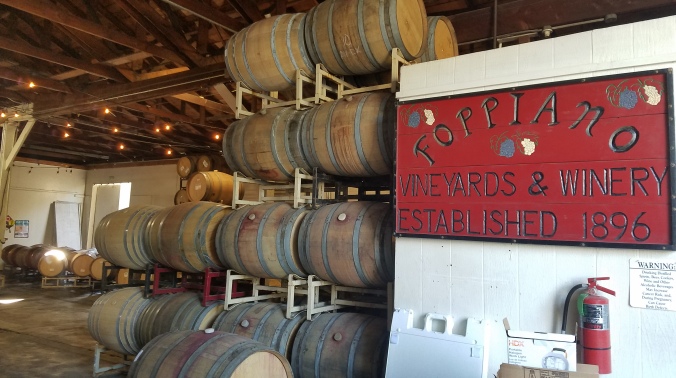 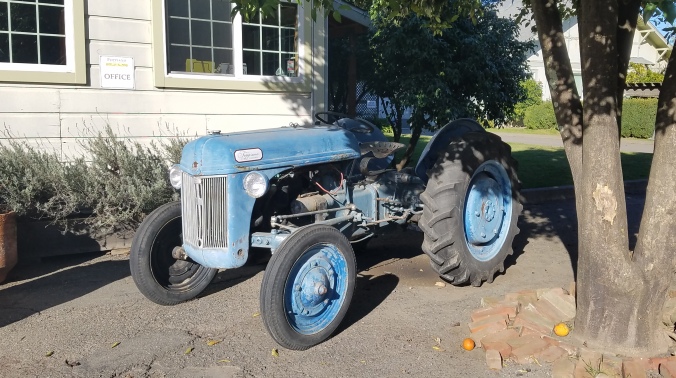 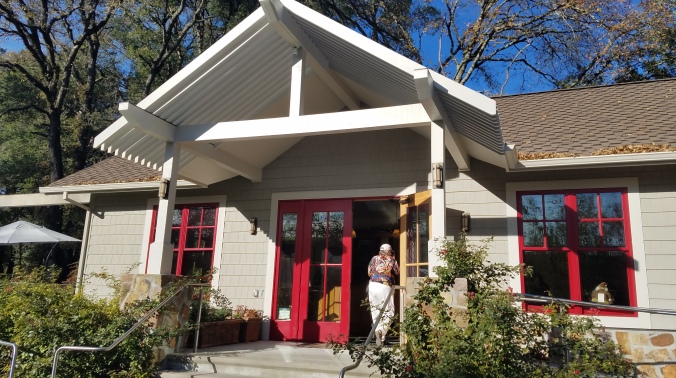 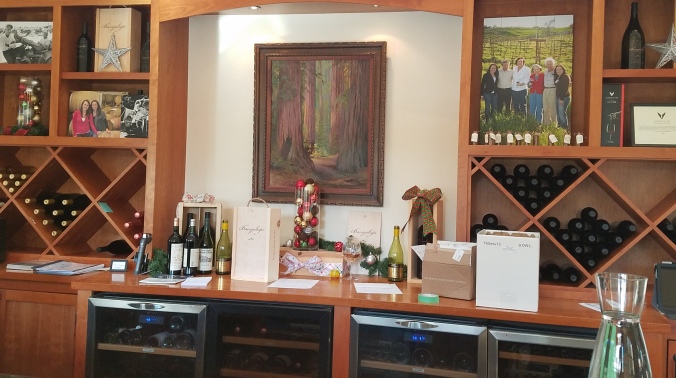 We stopped at Wilson winery to check out their coyote sculpture. It originated at the Burning Man festival and was bought by the Wilson winery.  I loved it! It’s head swivels around when the wind blows.  It’s tail is metal bristles. 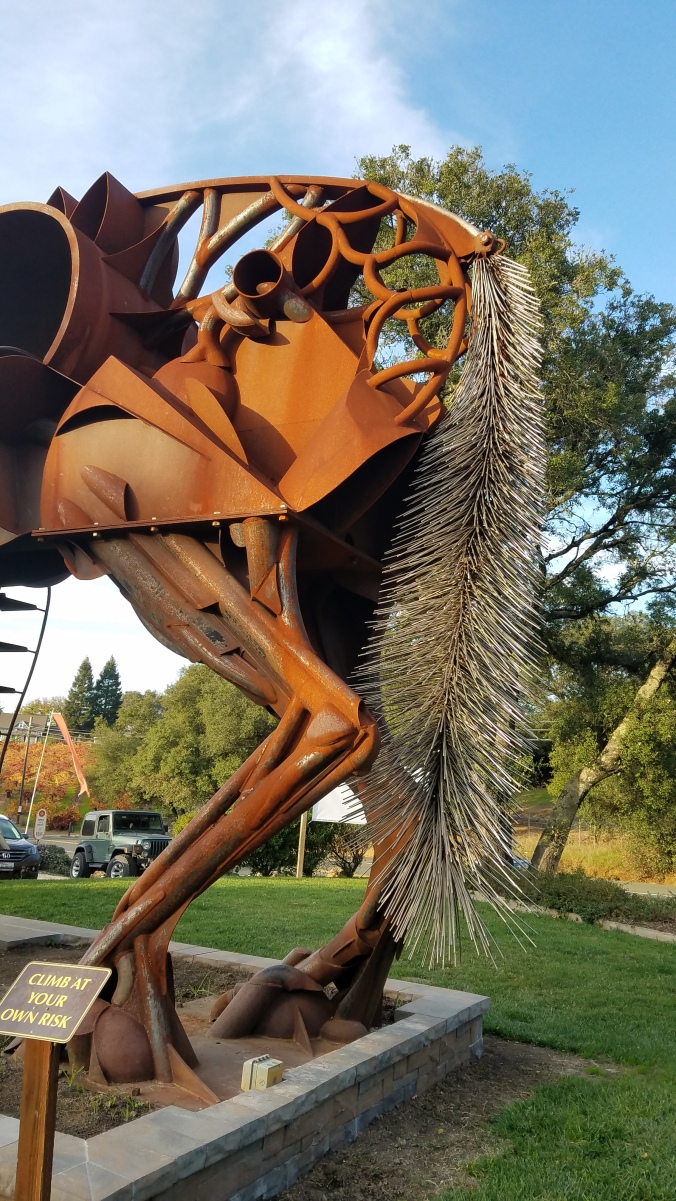 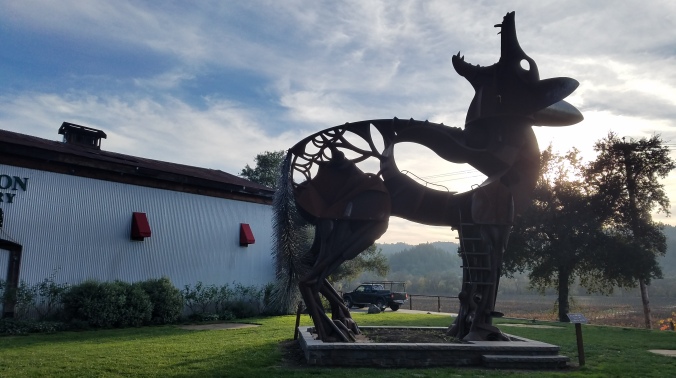 Driving around some more, we passed Raymond Burr’s vineyards.  Sadly, they were closed indefinitely.  Stopped at a quaint farm vineyard, Preston, that had fresh eggs, vegetables, olives, olive oil as well as wine. 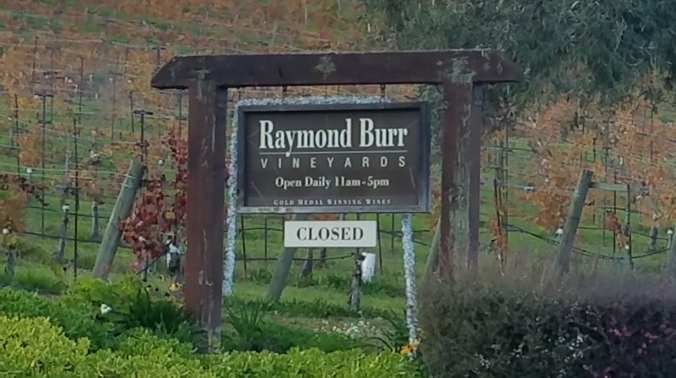 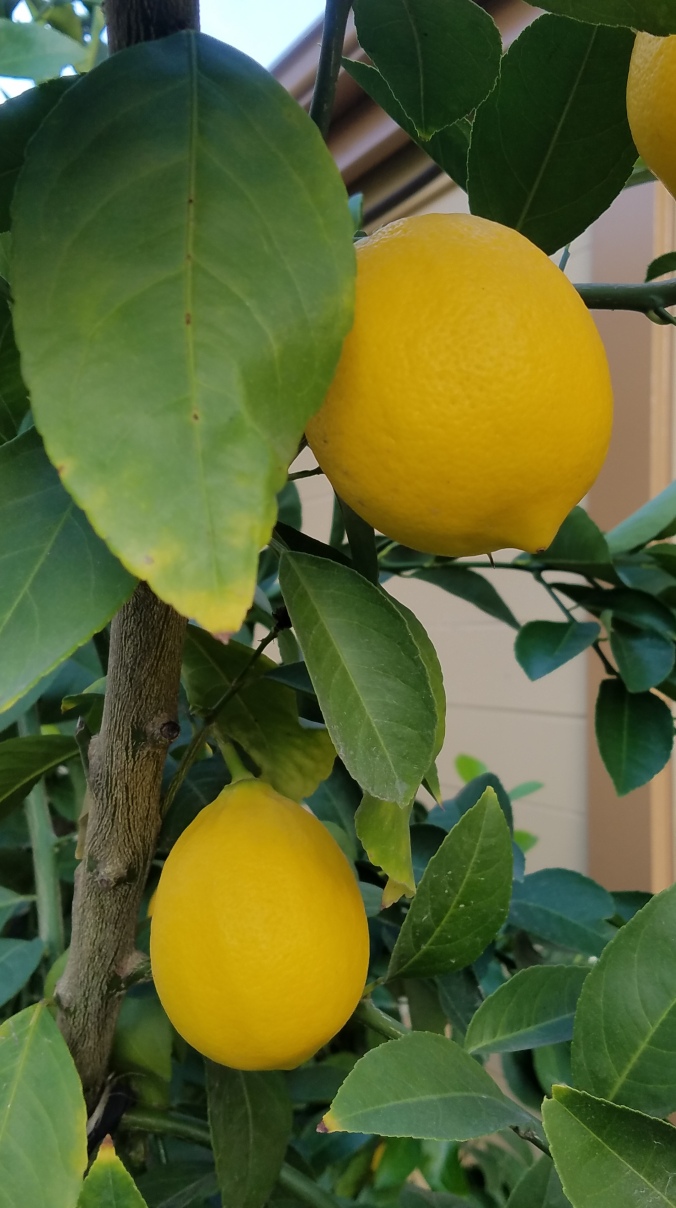 Our last stop for the day, was at Bella vineyard and wine “cave”.  The cave is manmade but still cool to look around in.  I’ll write about the next two days in my next post. 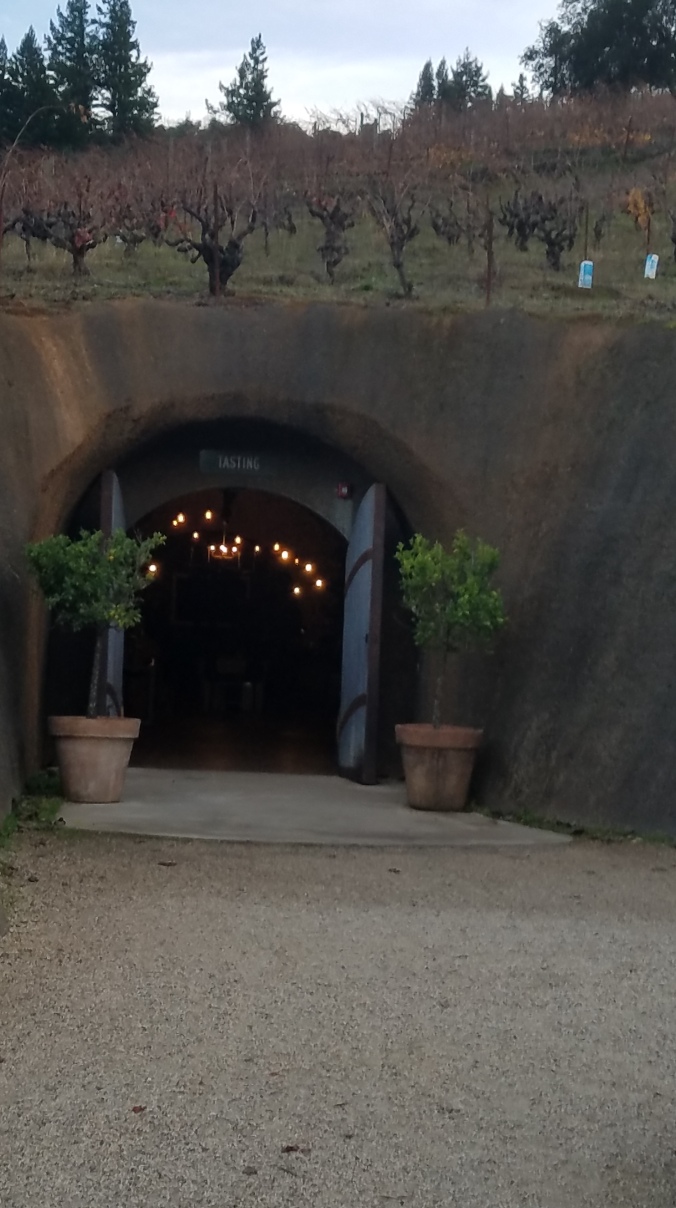 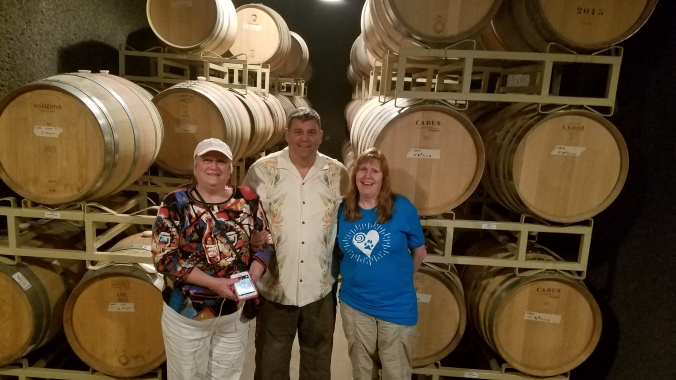 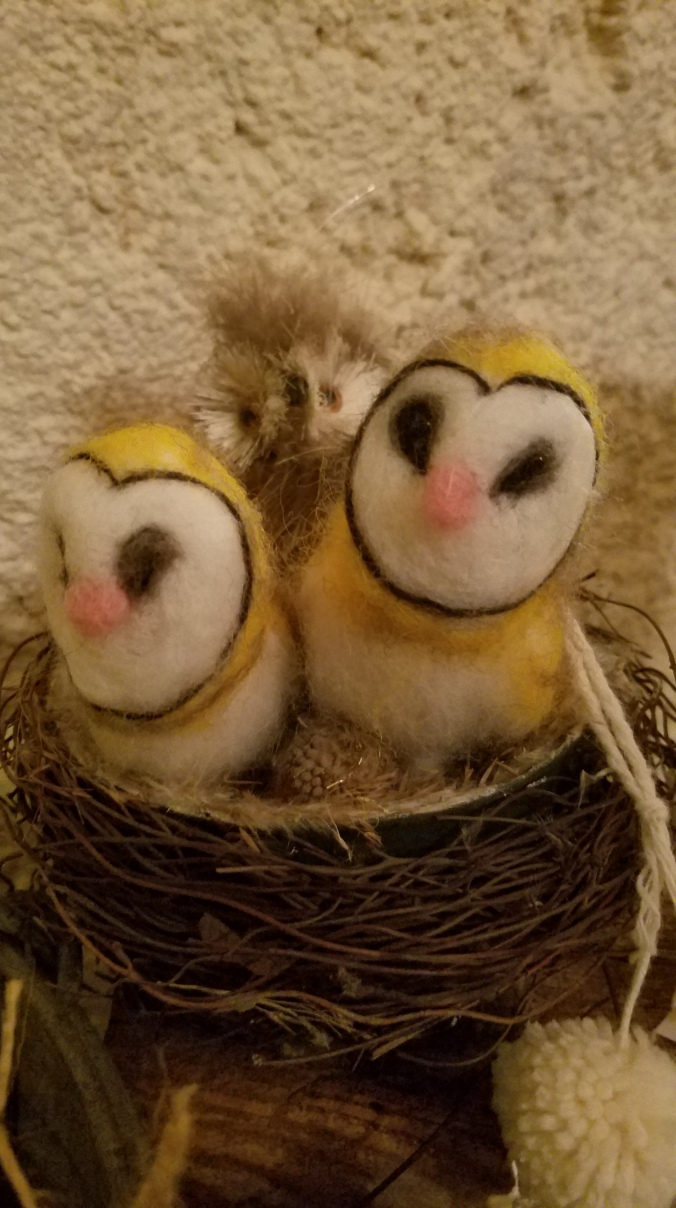