A 130 mile drive from Winchester Bay and we had arrived at Brookings, OR.  We stayed at an Elks there, power and water for $20.

We washed the vehicles at a car wash as they were covered in road grime, and when we returned to the RVs I noticed one of my lynch pins for my tow hitch was missing. 😦  I drove to a local RV store and they actually opened up a tow package kit and sold me one of the pins.  Such nice guys!  Todd and Janet went to the Elks for dinner and had a delicious prime rib. I decided to make a sandwich and side salad for dinner and it filled the void.  😉

Even though it was rainy in Brookings, we did get the dogs a walk in on the beach during a break in the drizzle.  The surf was wild, crashing against the rocks.  I love the beaches around Brookings with the sea stacks out in the surf. Only a couple of other people with their dogs were walking on the beach. 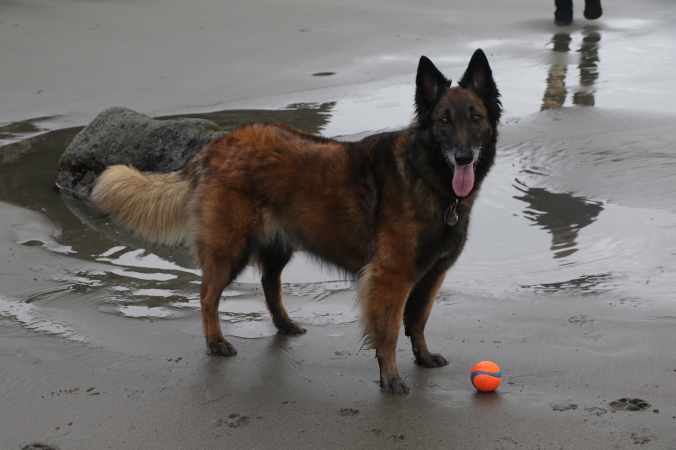 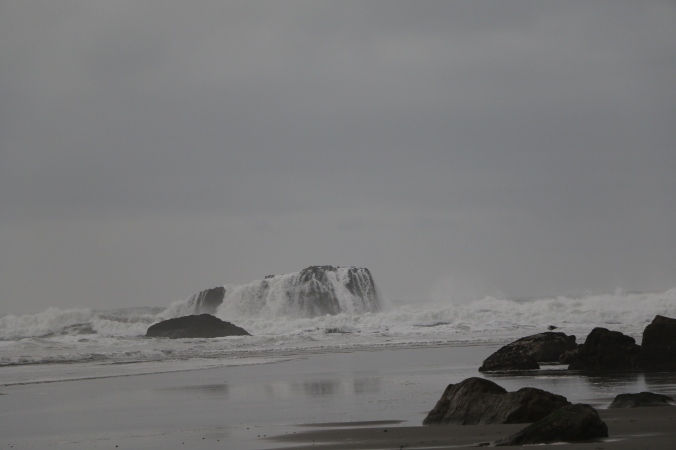 The drive into CA and all the way to Eureka was rain, rain, rain.  We had a small break when we stopped at the Trees of Mystery.  I was really hoping to get out and stand among the giant redwoods but where they were closest to the road, it wasn’t conducive to parking two large RVs.  I’ve traveled by car through the redwoods, but the memories are a bit dim.  I guess that means another trip will be in order, maybe camping close enough to drive around to the different areas.

We’re now staying at another Elks, in Eureka.  This location has full hookups for $25 a night.  We will be here for 3 days, and the weather is supposed to turn nice tomorrow! Whoohooo!!!